Olaf Bender's (a.k.a. Byetone's) experimental work traces back to first experiments with the medium film in the 1980s. Due to these experiments, he came into contact with the East German underground band AG Geige of which he became a permanent member in 1988. By working with this group, he got into musical aspects.

After the fall of the Berlin wall in 1989, Bender worked in music distribution. The experiences he gained there led to the idea of publishing his own music by himself. Together with Frank Bretschneider he founded the record label rastermusic in 1996. With rastermusic, they wanted to publish their own electronic music projects and those of other similarly working artists. The special process of creating electronic sound should also be reflected in the graphical presentation of the label and its products. One of the earliest rastermusic productions was the project Signal, a collaboration between Olaf Bender, Frank Bretschneider and Carsten Nicolai. Back then Nicolai ran the sub-label noton, which finally merged with rastermusic to form raster-noton in 1999. In May 2017, raster-noton dissolved, with Bender running the newly formed raster label.

Besides managing the label, Bender is also responsible for it's distinctive cover design. Additionally, he performs solo under the pseudonym Byetone.

Bender creates his music digitally. He assembles sine tones to complex sound fabrics. Digital clicks and effect plug-ins are essential to create the rhythms. Bender further uses visuals in the sense of animated light; abstract animations support the abstract pieces of music, so that the rhythm of the music is transformed into a graphic equivalent.

Pulses is the result of my experiments with rhythm and sound in combination with an analog-controlled laser. The tracks are based on simple mathematical relations, the waveforms are directly interpreted by the laser. In combination with a classic projection, abstract patterns are generated that create a kind of three-dimensional effect through the superimposition of laser and projection. Music and image have a generic, abstract approach. "Pulses" also refers to a stable musical pulse, the basis of my rhythms. Sound and image are meant to transport something hypnotic, rhythmically suggestive, and want to express abstraction, minimalism and efficiency. "Pulses" is an audiovisual soundtrack to post-techno und generative design. 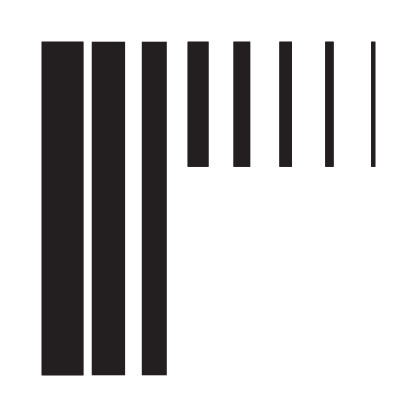 As Byetone, Bender explores the scarcity of microscopic tones and sub-tonal bass, manipulating these extreme highs and lows of sound to build a framework often recognizable from dub, techno, and or hip-hop.

As Byetone, Bender explores the scarcity of microscopic tones and sub-tonal bass, manipulating these extreme highs and lows of sound to build a framework often recognizable from dub, techno, and or hip-hop.